How a local entrepreneur is introducing an old favorite to new audiences. 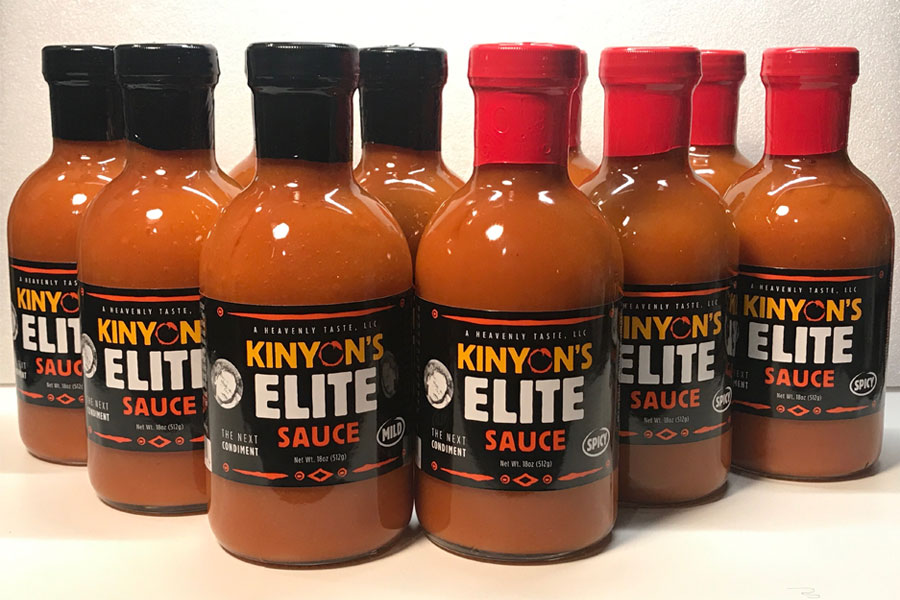 This week, we're excited to spotlight a local entrepreneur and his amazing sauce that is sure to enhance any dish.

Where It All Began

Timmy Young is no stranger to Shawnee. Along with raising his family here, he and his wife, Liz, have spent many years serving the local community by being active in non-profits and grass-roots organizations.

A while back, the opportunity arose for Timmy to acquire a sauce recipe made famous at the Elite Cafe, which was owned and operated by Isaac and Juanita Brannon until the mid-late 80's. The idea to manufacture and sell the sauce came shortly after acquiring the recipe. The recipe had always been around but no one in possession proceeded to scale their operation. Timmy was the guy to take it to the masses.

Over time, the recipe was modernized for today's healthy conscience consumers. It contains no wheat products and is vegan friendly. After a few more tweaks here and there, it slowly became what is now known as Kinyon’s Elite Sauce, named after Timmy and Liz's only grandson.

This isn't just any sauce though. Its sweet, tangy, and smooth taste will go great with just about any dish. Heck! You might even find yourself replacing Kinyon’s Elite Sauce for catsup, hot sauce, mustard, mayonnaise or ranch dressing. Some have said it's the next condiment.

What People Are Saying

It's no secret that customers love Kinyon’s Elite Sauce. Here are some things people are saying:

"You should know that our daughter is hooked on this sauce! She eats it with wraps, scrambled eggs, etc!" - Kami V.